Get fresh music recommendations delivered to your inbox every Friday.
We've updated our Terms of Use. You can review the changes here.

Satan's Little Miracle (an ode to the internet) 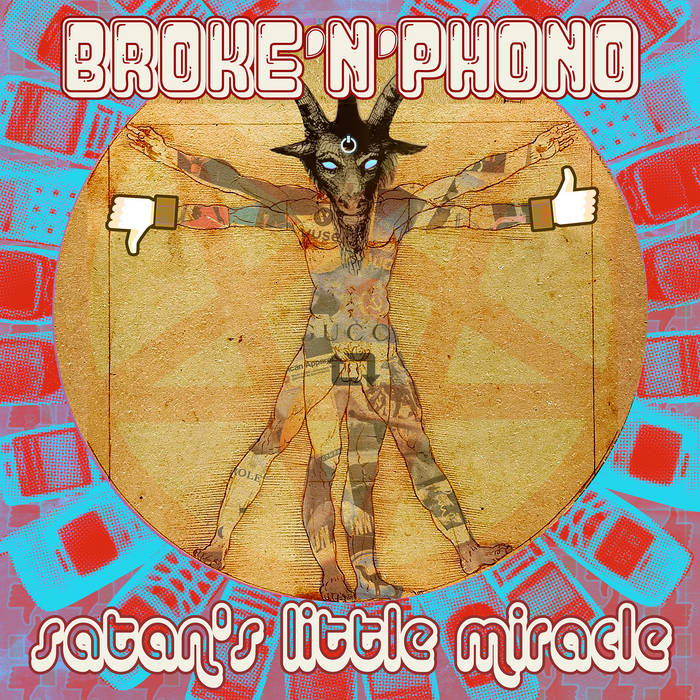 Brooklyn rapper/producer brokeMC and Carmarthen-based MC/Producer Billy Phono have birthed a hell of an album. Conjured from the depths of the pandemic, Billy Phono's signature glitch hop swelters under brokeMC's maelstrom of iconoclast diatribes. With tracks that tackle
White Fragility ("Wypipo") to the prevalent addiction to social media ("influencer influenza") to a debate over mask mandates with Homeboy Sandman ("Simulacrumbs"), it's an album pregnant with hot takes and deep fakes.

Satan's Little Miracle, launching on UK-based label Bard Picasso, features an array of talented guests from both sides of the pond: Homeboy Sandman, Mandella Eskia (fka Crimdella), Corey James Gray (formerly Ill Spokinn), Dizzy Senze, Dyalekt, Zhubat, and Wolfgang Von Vanderghast. It is less of a concept album and more variations on a theme: the evil that persists at the core of so many things we take for granted, the miracle of the internet and all the hell it has unleashed, its nature atomic in its potential for both elevation and destruction.

Mixed by brokeMC
Mastered by Tim Boyce at thesounddesign.com
All beats by Billy Phono.
Bass, Uke, and Guitars on various tracks by Dom Elias
Guitar on "The Pushback" by brokeMC.
Anthom added some heat to "Migraine Minded"
Deathrow Tull recreated The Fugees for DJ Risk1 to scratch on "Simulacrumbs"
DJ Risk1 also scratched on "The Pushback."
DJ D Spliff Added cuts to "Migraine Minded" and "Cult45"

The Hammer and The Relentless from the Boston band Malleus stop by for a chat.